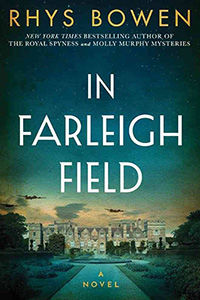 World War II comes to Farleigh Place, the ancestral home of Lord Westerham and his five daughters, when a soldier with a failed parachute falls to his death on the estate. After his uniform and possessions raise suspicions, MI5 operative and family friend Ben Cresswell is covertly tasked with determining if the man is a German spy. The assignment also offers Ben the chance to be near Lord Westerham’s middle daughter, Pamela, whom he furtively loves. But Pamela has her own secret: she has taken a job at Bletchley Park, the British code-breaking facility.

As Ben follows a trail of spies and traitors, which may include another member of Pamela’s family, he discovers that some within the realm have an appalling, history-altering agenda. Can he, with Pamela’s help, stop them before England falls?

Inspired by the events and people of World War II, writer Rhys Bowen crafts a sweeping and riveting saga of class, family, love, and betrayal. 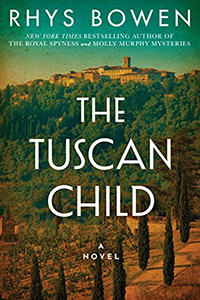 In 1944, British bomber pilot Hugo Langley parachuted from his stricken plane into the verdant fields of German-occupied Tuscany. Badly wounded, he found refuge in a ruined monastery and in the arms of Sofia Bartoli. But the love that kindled between them was shaken by an irreversible betrayal.

Nearly thirty years later, Hugo’s estranged daughter, Joanna, has returned home to the English countryside to arrange her father’s funeral. Among his personal effects is an unopened letter addressed to Sofia. In it is a startling revelation.

Still dealing with the emotional wounds of her own personal trauma, Joanna embarks on a healing journey to Tuscany to understand her father’s history—and maybe come to understand herself as well. Joanna soon discovers that some would prefer the past be left undisturbed, but she has come too far to let go of her father’s secrets now… 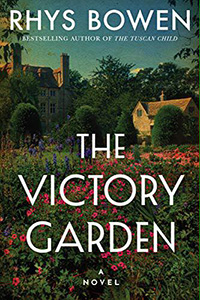 As the Great War continues to take its toll, headstrong twenty-one-year-old Emily Bryce is determined to contribute to the war effort. She is convinced by a cheeky and handsome Australian pilot that she can do more, and it is not long before she falls in love with him and accepts his proposal of marriage.

When he is sent back to the front, Emily volunteers as a “land girl,” tending to the neglected grounds of a large Devonshire estate. It’s here that Emily discovers the long-forgotten journals of a medicine woman who devoted her life to her herbal garden. The journals inspire Emily, and in the wake of devastating news, they are her saving grace. Emily’s lover has not only died a hero but has left her terrified—and with child. Since no one knows that Emily was never married, she adopts the charade of a war widow.

As Emily learns more about the volatile power of healing with herbs, the found journals will bring her to the brink of disaster, but may open a path to her destiny. 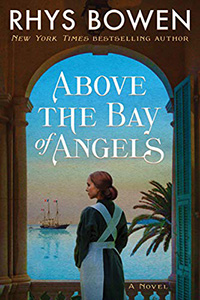 Isabella Waverly only means to comfort the woman felled on a London street. In her final dying moments, she thrusts a letter into Bella’s hand. It’s an offer of employment in the kitchens of Buckingham Palace, and everything the budding young chef desperately wants: an escape from the constrictions of her life as a lowly servant. In the stranger’s stead, Bella can spread her wings.

Arriving as Helen Barton from Yorkshire, she pursues her passion for creating culinary delights, served to the delighted Queen Victoria herself. Best of all, she’s been chosen to accompany the queen to Nice. What fortune! Until the threat of blackmail shadows Bella to the Riviera, and a member of the queen’s retinue falls ill and dies.

Having prepared the royal guest’s last meal, Bella is suspected of the poisonous crime. An investigation is sure to follow. Her charade will be over. And her new life will come crashing down—if it doesn’t send her to the gallows. 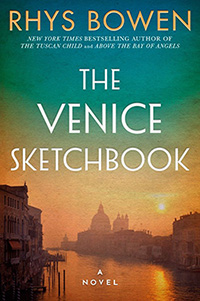 Caroline Grant is struggling to accept the end of her marriage when she receives an unexpected bequest. Her beloved great-aunt Lettie leaves her a sketchbook, three keys, and a final whisper…Venice. Caroline’s quest: to scatter Juliet “Lettie” Browning’s ashes in the city she loved and to unlock the mysteries stored away for more than sixty years.

It’s 1938 when art teacher Juliet Browning arrives in romantic Venice. For her students, it’s a wealth of history, art, and beauty. For Juliet, it’s poignant memories and a chance to reconnect with Leonardo Da Rossi, the man she loves whose future is already determined by his noble family. However star-crossed, nothing can come between them. Until the threat of war closes in on Venice and they’re forced to fight, survive, and protect a secret that will bind them forever.

Key by key, Lettie’s life of impossible love, loss, and courage unfolds. It’s one that Caroline can now make right again as her own journey of self-discovery begins.

Look what I saw on my walk today, drying his wings ... See MoreSee Less

Looks like he’s doing a little meditation as well!☯️

Beautiful, and a great photo with the shadow on the rocks.

That’s awesome!!! Thanks for sharing!😊

I've seen more lovely photos of herons lately than I would ever have thought possible. In that delightful and addictive Amazon Prime offering, "Cruising the Cut", a guy named David Johns take you with him -- for six seasons! -- on his narrowboat, cruising England's canals, mile after mile. In terms of passive entertainment, it can't be beat. You get to see that green and pleasant land from water-level, and in addition to multitudinous locks -- which all look pretty much the same to me -- all there is to see are lovely graceful herons. And cows. Lots of cows. Plus, of course, assorted dogs and a plethora of geese and ducks. Simple pleasures. For sure.

The shadow has so much detail!

They are magnificent. We had one in our back yard yesterday. We’ve been here in South Florida for years, but we never get tired of seeing them!

Love your self first.. Code of life is be happy so be happy and live happy.. Ready for death it can be on next step.. Follow humanity religion because it's a biggest religion of the world.. Don't eat much.. Drink plenty of water. Go for walk two times.. Try to do home works by own self... Satisfied life is better than a successful life because our successful life is measured by others and our satisfied life is measured by our own soul, mind and heart... Don't drink alcohol.. Don't smoke Don't taunt Don't tease.. If you have no good words then please don't speak bad words... Live in present.. Don't waste your good days in the hope of better days.. Enjoy your present life like this moment is your last moment So wish for death if you are sincere.

Any calls to any others of their ilk?

If you are a Lady Georgie fan, one of the series is on special today

You are just rolling with these specials! Love it! :)

Such a wonderful series!! <3

I can’t wait for the new one!!!! I love enjoying my favorite book series with reading a new one each summer 💗

I keep thinking of that part of "The Last Mrs. Summers" when Georgie is wondering whether the Queen will ever have a case for her again... and it's 1935. As we say in Chicago, wait 'til next year!

One of my favorites! This and The Last Mrs. Summers actually.

Just caught up with all the books in the series. So much fun!

Will there be any more?